Mozambique: Gorongosa and reconciliation in the bush 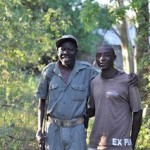 Signor Charles Perreira knows the layout of Gorongosa National Park better than anyone. He has been a game scout there since 1972.

In the late ’70s he had to join the government Frelimo forces in order to protect the park against Renamo resistance fighters intent on poaching elephant ivory to fund their guerrilla-style war against the so-called legitimate government. Captain Rui Antonio Francisco fought on the opposite side and was responsible for lugging ivory across the border to sell to white Rhodesians/Zimbabweans. By a quirk of fate the owners of a fantastic new bush camp employed both these men at the outset of a project designed to restore a once great animal haven. They have become big amigos, sharing a tent and ciggies, and all their stories of the past are now coming out.

Mozambique is the fastest growing economy in Africa, and the restoration of Gorongosa with the help of Gregg Carr’s innovative foundation and others’ dedication is receiving lots of attention. Perreira and Rui are now working together on this regeneration project; it’s maybe a little fanciful to claim that their reconciliation is all down to the restorative powers of nature, but it certainly makes an uplifting story!

In the 1960s more people visited this park than the Kruger in South Africa. There is some wonderful footage shot in 1963 which you can see at the park headquarters of a brand new Mercedes saloon being driven around on rather unusually smooth tracks! The place is teeming with game: there may be only thirty or so lions remaining (I saw two of them recently) of the five hundred which once roamed the plain, but the bio-diversity here is superb with no fewer than eighteen species of antelope. As there’s only one authentic bush camp in the park, you’ll have the place to yourselves, if you make the journey here to the bottom of the Great African Rift Valley.

Gorongosa
Rob and Jos host you at their camp in Gorongosa. Few have even heard of the park, which is now undergoing an amazing renaissance. The range of eco systems is huge. It is scenic –a rejuvenation project of immense proportions, and what a story: this is real, wild Africa. The beds and linen are of a high quality, but you shower and ablute in the open air, and there are only four tents. Rob is good fun — a top guide who likes to take guests on walks as well as fly-camps to the more remote corners of the park. As it is a dry-season park, you can visit between mid April and early December only. Best accessed via Beira from Johannesburg. 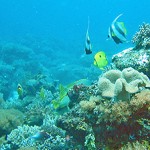 Nuarro
Bumping down the track to this beach you really do feel lost in Africa. But what a place when you arrive: a beautiful crescent-shaped cove with ten big cottages strung out in the dunes behind the powdery sand. Very eco-friendly and mainly solar-powered, this relaxed-style hideaway has a great atmosphere. You can dive from the beach, kayak in nearby mangrove swamps, see fishing villages and whales or travel a bit further to the UNESCO site, the Ilha de Mocambique, and marvel at the past wealth of the Portuguese empire.