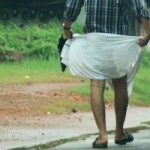 This was the response I received in the first lodge I stayed at on my recent visit to the serene Lake Vebmanad. The Keralan Government is quite tricky about giving licences for the sale of hard liquor except in its own registered bars where the local alcoholic brew or toddy (fermented coconut sap) is served. These are easily spotted as is so much else of local colour as you are driven along the slightly hair-raising roads. Indian drivers really do spend the whole time on the horn, and to divert myself from some often pointless overtaking I tend to look sideways as there is always something to see. 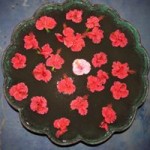 Keralan houses are painted in a myriad of pastel colours, and then there are the outfits to check out: the lungi is the national dress for men, and this you will see in a variety of floral or chequered patterns. A white one is for special occasions. Apparently it is very difficult to keep up, and the technique of donning it is passed down the generations by word of mouth. It may be worn at full-mast for respect or at half-mast for greater manoeuvrability when playing cricket, fleeing the forces of the law or more likely escaping the irate mother-in-law. 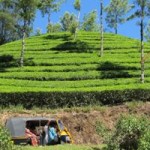 This is God’s own country, according to the local tourist board. Certainly, as you fly into Cochin over the Arabian Sea and then the golden sand there is an abrupt change to luscious green vegetation and swaying palms. At Purity Lodge, situated away from the busier backwaters where rice boats converted into floating bedrooms are more numerous, I went on gentle canoe rides at sunset and was able to observe life by the water and the fishermen using their traditional nets. This was preceded by Ayurvedic spa treatments which were sometimes so calming I fell asleep. Fifteen minutes of warm oil being drizzled onto your forehead may sound an odd experience, but it definitely works! 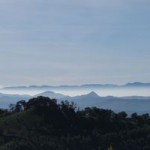 Further inland beyond the Western Ghats, a one-thousand-mile-long range of forested hills, there is a cornucopia of bio-diversity. Undiscovered species exist here in abundance, but it is also home to wild elephants, snakes and the odd tiger. Staying in the hills above Munnar I was surrounded by cardamom and tea plantations. It all looked like a land of plenty. Visits to working tea factories and healthy walks in clear air and breath-taking scenery were revivifying experiences before we returned to the city of Cochin and the more humid coast.

In the old part of the city you can trace the legacy of the Portuguese, Dutch and British colonial periods. A few of the old heritage properties have transmogrified into really good small hotels from whose shady courtyards you can venture out and wander the streets in safety. Or you can take a guide to show you the Mattanchery Palace, St Francis, the oldest church in India, and the oldest working synagogue in what is known as Jew Town. 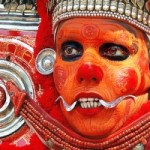 Shopping in India is always a must and there was little pestering. Gold is seriously popular here, many families preferring to buy gold jewellery to provide a nest egg or the traditional dowry to opening a savings account, and bill boards advertising it are on every major street corner.

The last leg of this trip took me to northern Kerala and a heavenly beach place called Neeleshwar. It did take seven hours to get there by train – another opportunity to see the world go by at very non-TGV speeds – but it is worth it. A beach where you can walk for miles undisturbed is unusual in India. But unlike some mainstream beach destinations you are still connected to life 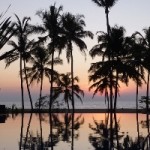 outside which I prefer. One of the highlights here was an invitation to attend a theyyem in the nearby village. These spiritual ceremonies are not so easy to catch and are peculiar to northern Kerala in winter. The participants actually become the deity that they portray, and this enables them to perform such extraordinary feats as rolling in hot ashes. The spectacle goes on all night; however, I retreated back to the hotel well before dawn! As economic opportunities lure the young to the cities, one wonders for how long these traditional scenes will be commonplace.

The hotel itself has only eighteen rooms, two restaurants serving top quality food, a spa of course and one of the best swimming pools I have swum in. It was framed on the beach-side by those swaying palms, and at sundowner time as the colours turn into duskier, pinky hues I did quite want that G and T.