Africa is a massive continent: a collection of 55 countries

As the map below illustrates it is larger than the USA, China, India, Japan and all of Europe… combined!

In fact, the capitals of countries in West Africa such as Liberia and Sierra Leone are closer to London than they are to the capitals of Kenya, Tanzania, Zambia and South Africa.

Everything on this great continent is on a huge scale

Lake Victoria is the largest lake in Africa and the second-largest freshwater lake in the world. It is 2,700 kms from the Victoria Falls.

Africa has the most extensive biomass burning in the world, yet only emits about 4% of the world’s total carbon dioxide emissions.

Lake Malawi has more fish species than any other freshwater system on earth.

Africa has over 85% of the world’s elephants and over 99% of the 20,000 plus remaining lions. But African wildlife is in danger: 5 elephants are being killed every hour and 3 rhinos a day are being slaughtered for their ivory. The Serengeti (Tanzania) hosts the world’s largest wildlife migration on Earth with over 750,000 zebra marching ahead of 1.2 million wildebeest as they cross this amazing landscape.

Africa has over 25% of the world’s bird species.

There are over 3,000 protected areas in Africa, including 198 Marine Protected Areas, 50 Biosphere Reserves, 129 UNESCO World Heritage Sites, and 80 RAMSAR “Wetlands of International Importance”. 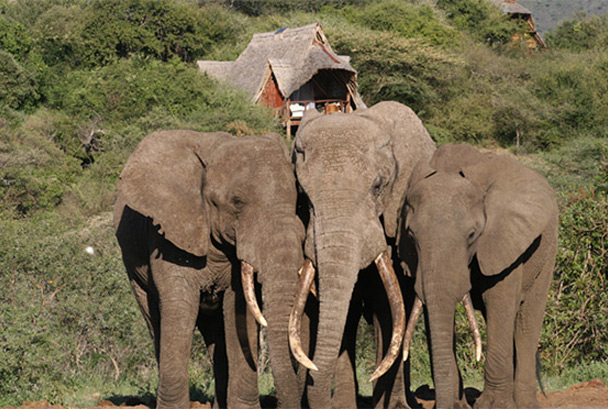 Africa gets a lot of bad press but as you can see, it is a surprising, huge and diverse continent. When you go there it uplifts you, it heals you. As one of our safari partners says: “our journeys change lives”. By staying in National parks and community-based safari lodges you become a custodian and protector of the very wildlife you have come to see and for every 8 visitors to Africa one job is secured.

Above all you will have an amazing holiday.

I am booking clients on safari now for next summer as some of the best lodges get booked up a year in advance during peak season.