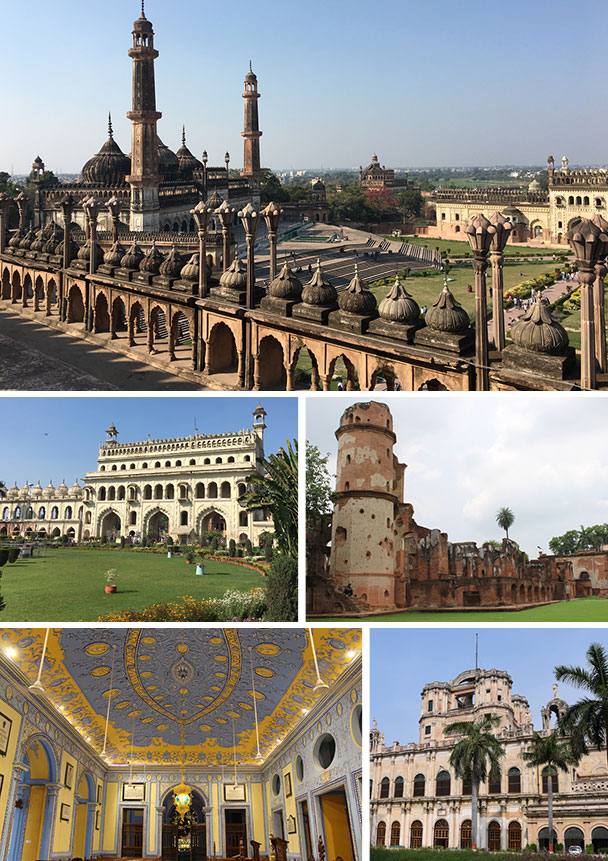 Treat 1: Lucknow: a city of ancient grandeur, the Indian Mutiny and some of the best street food ever and which is definitely off the main tourist circuit.

Whilst the Maharajas of Rajasthan established a form of entente with the British Raj, thereby retaining their palaces and a degree of independence, many other rulers of India such as the Nawabs of Lucknow were forced to sign a succession of treaties which annexed much of their kingdoms and greatly reduced their power.

In its 18th-century heyday Lucknow was far more cultured than the Mughal city of Delhi, which at that time was in decline. Indeed, one historian has described Lucknow as an Indian version of Monte Carlo, Las Vegas and pre-revolution Iran with just a touch of Glyndebourne thrown in for good measure….

Last year at the behest of a local tour company I found myself having supper at La Martinière, a large private school founded by General Claude Martin in 1854. This enterprising soldier, philanthropist, architect, banker, art collector and educationalist built the property, also called Constantia, in memory of his paramour Constance. Zoffany painted here, and the school possesses one particularly fine example of his work called Boulone Lisa.

The next day I met the guide who was to give me a speedy tour of the historical highlights of the city; a bright, earnest chap albeit slightly anxious with threadbare clothes like a Dickensian clerk — and very keen to impress. He explained that during the 18th century many members of the East India Company married Indian noblewomen and mixed happily with Indian society, but that by the end of the century Governor General Wellesley had imposed a much stricter regime, alienating many Indians.

By the Victorian era the noose of empire and a sense of propriety rooted in evangelical Christianity had altered things for the worse in the delicate balance of Indo-British relations, setting the scene for the infamous siege of the British Residency in 1857. One of the catalysts for the first war of independence as it is sometimes known was the sepoys’ disgust and horror that the grease used to ease bullets into their new Enfield rifles was allegedly made of either pork or beef fat. This was of course deeply offensive to both Muslims and Hindus.

The five-month siege took its toll on both sides, and conditions inside the complex were horrific, many soldiers and civilians dying from cholera. The neoclassical buildings have been left in ruin as a testimony to the devastation and suffering inflicted. The site surrounded by mature trees is remarkably peaceful – an oasis of calm in a busy city.

You can clearly discern the forlorn remains of a staircase leading up to a grand first-floor ballroom and a chimneypiece hanging midair. This was the only building in the empire where the Union Flag was never lowered until Independence. It became a shrine to imperial India and a symbol of the Englishmen’s stiff upper lip in adversity — or perhaps the arrogance that got them there in the first place. Whatever your opinion, the site is worthy of a visit as indeed are many other important buildings in the city. There is even an imitation Taj Mahal, although the real thing is only a few hours’ drive away. 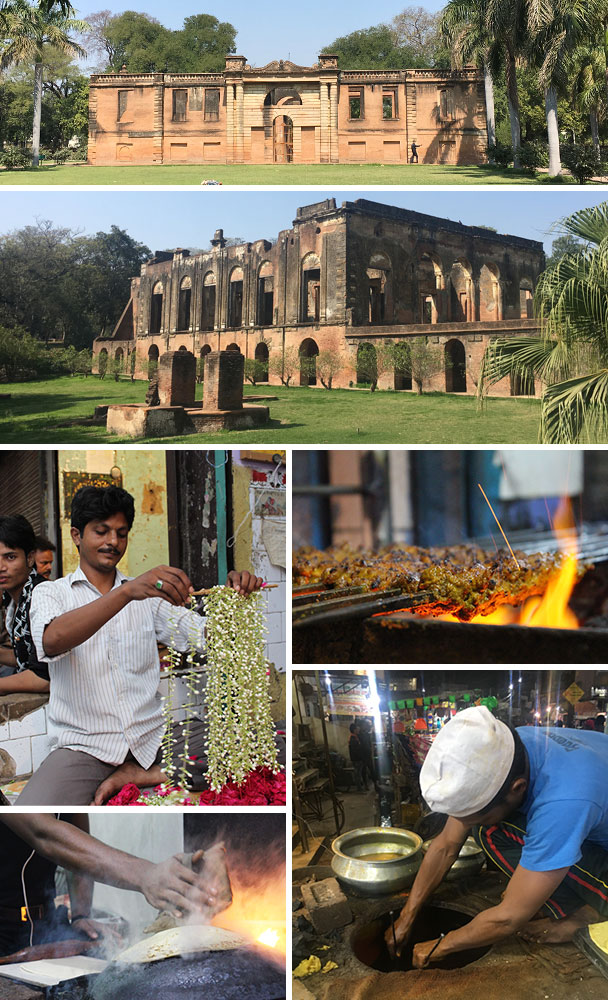 The street food of Lucknow, influenced by the Persian cuisine of the Mogul emperors, is outstanding, and there are no fewer than fifty-five varieties of kebab with different breads to accompany each one. In one modest-looking local eatery some melt-in-your-mouth water buffalo meat was sizzling in the pan at one moment and on my plate at the next: a dish named Tunde ke Kabab, originally created for a toothless nawab — or so the story goes. Bread is speedily made by a production line of six men squatting in a circle around an open-fronted oven. It was fascinating to watch and fantastic to be in a place one would never dream of entering without a local guide.

Why not include Lucknow on your next visit to India and follow the road less travelled?

Lucknow fits in well with a journey to Varanasi, Khajuraho and the tiger reserves further south.

Pictures courtesy of Tornos and Miles.